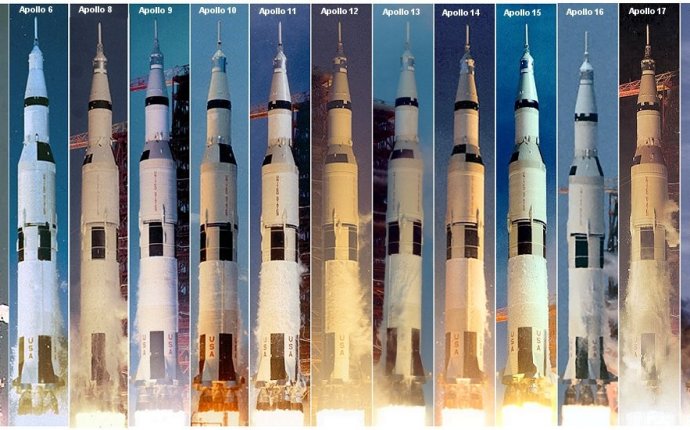 NASA Humans have made great strides in spaceflight and space exploration in the relatively short amount of time since such feats were first accomplished. Here we explore five of the most important and memorable moments in spaceflight history.

NASA History Office On October 4, 1957, Sputnik 1 became the first satellite to be launched by man, inaugurating the space age. According to Britannica’s aerospace industry article:
[The] launch of Sputnik in 1957 signaled not only Soviet technical leadership in a new field but also the capability and extent of Soviet large-missile development and production. This leadership persisted into the era of manned spaceflight, and, exploiting a minimalistic but sophisticated approach to technology, it continued in the pioneering era of space vehicles and space stations.

Keystone/Hulton Archive/Getty Images On April 12, 1961, cosmonaut Yury A. Gagarin, onboard the Vostok 1 spacecraft, became the first human in space. The voyage, which began with launch at 9:07 am Moscow time, entailed one orbit around Earth, lasting 1 hour 29 minutes, and ended at 10:55 am in the Soviet Union with his safe return to Earth. It also brought Gagarin immediate worldwide fame.

NASA The Apollo 11 spaceflight, which on July 20, 1969, achieved its goal of landing the first humans on the Moon, was arguably one of the most momentous events in 20th-century space exploration. The flight, landing, and return of the spacecraft to Earth was witnessed on television by hundreds of millions of people worldwide. As Britannica’s biography on Apollo 11 commander Neil Armstrong recounts:
On July 16, 1969, Armstrong, along with Edwin E. Aldrin, Jr., and Michael Collins, blasted off in the Apollo 11 vehicle toward the Moon.

Four days later, at 4:17 pm U.S. Eastern Daylight Time (EDT), the Eagle lunar landing module, guided manually by Armstrong, touched down on a plain near the southwestern edge of the Sea of Tranquillity (Mare Tranquillitatis). At 10:56 pm EDT on July 20, 1969, Armstrong stepped from the Eagle onto the Moon’s dusty surface with the words, “That’s one small step for [a] man, one giant leap for mankind.” (In the excitement of the moment, Armstrong skipped the “a” in the statement that he had prepared.) Armstrong and Aldrin left the module for more than two hours and deployed scientific instruments, collected surface samples, and took numerous photographs.

2Launch of the Hubble Space Telescope

NASA On April 25, 1990, the Hubble Space Telescope, named after Edwin Powell Hubble, was placed into orbit by crew members of the space shuttle Discovery. The large reflecting telescope was the most sophisticated optical observatory ever to orbit Earth, and the photographs it collected ultimately revolutionized the field of astronomy.

1Flight of the First Private Spacecraft

Photographer Michael Mills/Scaled Composites On June 21, 2004, SpaceShipOne, designed and developed by an aerospace development company known as Scaled Composites of Mojave, California, which was founded in 1982 by American aircraft designer Burt Rutan (author of Britannica’s SpaceShipOne article), became the first private manned space vehicle to fly past the boundary of space. The vehicle was flown by South African-born American test pilot Mike Melvill, who, in successfully soaring past the edge of space, became the first commercial astronaut-pilot.
Source: www.britannica.com