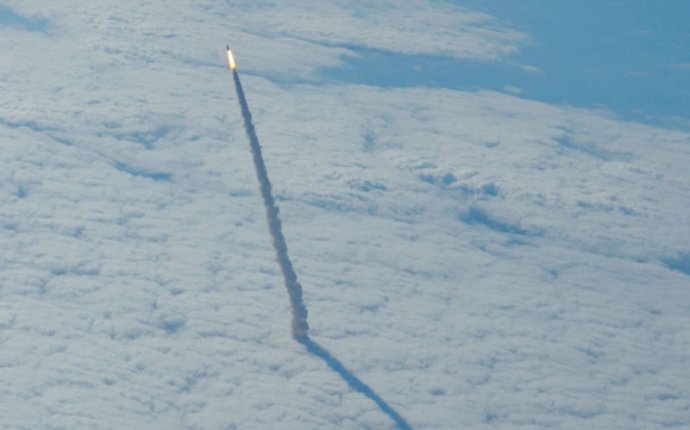 Why We Should We explore space?

Anyone who's found themselves beneath a spectacularly starry night sky has to wonder what's out there. That same person, though, might stare out at a dark ocean at night and ponder the very same thing. And yet the resources we've committed to the vast, largely unexplored ocean is a mere fraction of what we've invested in space exploration. Jacqueline Ronson, writing for, makes the case that we need an "upside down NASA."

NASA's budget request for the 2017 fiscal year that began October 1 is $19 billion (last year's appropriation was $19.3 billion). The federal organization charged with ocean science is NOAA, and their budget request for 2017 is $5.8 billion. It seems to many, though, that both efforts are underfunded, and that scientists shouldn't be in competition as they mount equally valuable projects.

Still, the difference in committed dollars — and the technology it can buy — is exemplified by a comparison of the quality of their mapping equipment. NASA can chart the terrain of Mars every 330 feet, producing maps unlikely to miss much. In the ocean, by comparison, NOAA charts the underwater world in three-mile chunks at best — missing everything in between the points it captures — resulting in maps that capture only the roughest outlines of what's down there. During the search for Malaysian Flight M370, two previously unknown volcanoes were discovered. As far as the rest of the ocean goes, who knows what's really down there?

According to Amitai Etzioni, writing for, the "oceans are nearby, and could prove helpful for addressing a wide range of national concerns from climate change to disease; for reducing energy, mineral, and potable water shortages; for strengthening industry, security, and defenses against natural disasters such as hurricanes and tsunamis; for increasing our knowledge about geological history; and much more." Etzioni proposes that until the government is willing to increase science funding altogether that some of NASA's funding should be moved over to a revitalized, streamlined, and upgraded NOAA.

In the meantime, XPRIZE — noting that only about 5% of the ocean floor has been thus far explored — has announced the XPRIZE Shell Ocean Discovery Competition. 32 international teams are competing for $7 million dollars to "push the boundaries of ocean technologies by creating solutions that advance the autonomy, scale, speed, depths and resolution of ocean exploration."

The 32 teams will be judged after two rounds of testing in which each will have a specified amount of time to launch exploration devices from shore or air with limited human intervention from shore, and explore the 2, 000-4, 000-meter deep competition area. When they're done, they have to produce:

Jyotika Virmani of XPRIZE told Inverse, "The technologies that they are proposing are phenomenal, including drones that can go from air to sea, swarms of robots — it’s going to be very exciting." You can follow the latest breakthroughs on the competition's web page.

Anybody studying earth from out in space would think of it as a water planet. The oceans, of course, cover 75% of its surface, so we Masters of the Land command not much more than a puny 25% of it. Really, visiting aliens should want to meet the whales and dolphins, not us.