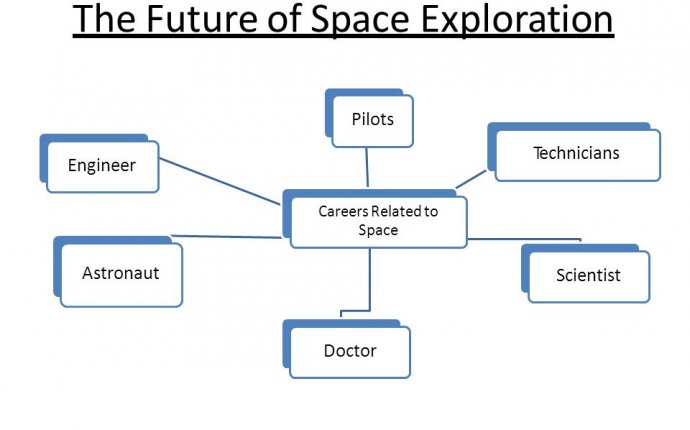 Space is a close frontier for many merging companies.

Outer space may be just a fascination and hobby for many, but today, more than ever, industries are developing work that pertains directly to space. There are many opportunities to work in outer space related fields, ranging from actual travel to the outer limits to creating the vehicles that take people there.

The National Aeronautics and Space Administration, or NASA, only considers candidates that have experience flying military jets and have an engineering background. Add these requirements to a rigorous 20-month training program into which few are accepted. At times, NASA will pick about a dozen new astronaut candidates per year and suspend hiring during other years. When it does recruit, the agency only selects candidates who already have extensive experience working in the space program. However, the chances of becoming an astronaut are growing as space becomes a greater concern and a more available frontier. Plus, the path to becoming an astronaut will land you in a good space-related job, even if you don't quite make the cut to fly in a rocket ship.

Astronomers are scientists who approach the universe through the study of outer space. They develop theories, run tests and do vast amounts of research. Many astronomers publish their findings. Some even develop new technologies for the study of space. Astronomers work in offices and research labs. Most astronomers work for an organization such as a school, a technology company or a government agency. Most astronomy jobs require a PhD, and astronomers commonly begin their careers with a research position.

Aerospace engineers work in the design and manufacture of space-related technology like shuttles, aircraft and satellites. The work is mostly geared around technological development, design and testing, but engineers can also participate in the process of planning for manufacture. Work is normally done for private companies who build aircraft for the federal government for defense and exploration programs. For entry-level positions, a bachelor's degree in aerospace engineering or a similar field is required. Higher positions might eventually require licensing.