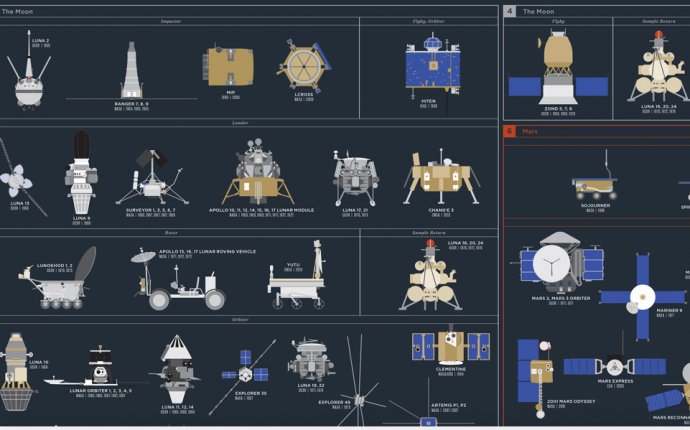 “Every one of us is, in the cosmic perspective, precious. If a human disagrees with you, let him live. In a hundred billion galaxies, you will not find another.” -Carl Sagan

As Sagan pointed out in his book Cosmos, space is the great unifier of all those who live on Earth. Such is the underlying mentality of the new art project . Supported by Roscosmos, the Russian space agency, the interactive timeline of the history of space exploration is "dedicated to all space pioneers and researchers of space."

Starting on October 4, 1957, with Sputnik I, the first artificial Earth satellite, and running up to July 14, 2015, when New Horizons became the first spacecraft to fly by Pluto, your provided tiny space character runs by the greatest milestones of humanity's reach into our solar system and beyond. Each event is accompanied by a cycle of animations and a short account of what was accomplished, along with a link to its Wikipedia page. The whole project is tied together with an ambient soundtrack spliced with the sounds of radio transmissions and rocket launches. Check out a brief video summary of the project below and then head over to the timeline for the full effect.