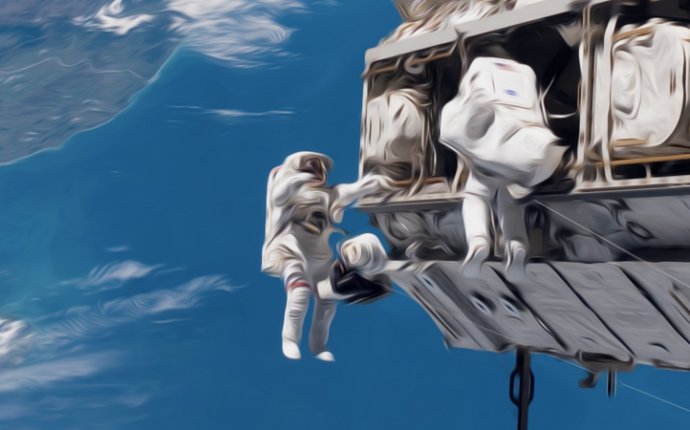 As a boy growing up in a small village in Lebanon, the stars captivated Charles Elachi. He recalls watching for comets and later listening for Sputnik’s beep over the radio. It began a lifelong passion that continues today.

In June, he’ll end 15 years of leadership at NASA’s Jet Propulsion Laboratory, to turn his focus back to research and academia at Caltech.

A search committee is expected to select his successor in the Spring, with a three month overlap before he steps down.

During his tenure, JPL landed three rovers on Mars, flew probes to the far reaches of space and helped map our planetary neighbors for future manned and robotic missions. In his office, Elachi keeps a monument to the 21 ongoing missions, a table displaying models for each.

Elachi sat down with this news organization shortly after his retirement announcement to reflect on his time with NASA.

Some of the answers have been condensed for clarity and brevity.

Why did you decide to retire now?

I’ve been at JPL now for 46 years and by next year I would have been the director for 15 years. Unfortunately, I’m getting 15 years older than when I started and so I would be 69 next year, well beyond the normal retirement age.

I thought that would be a good time for the next generation to take over JPL. The outlook for the future is the best I’ve seen since I joined JPL.

But you don’t plan to step away from space exploration?

My plan, after I move back to the campus, is to stay involved in a number of the science missions that JPL has. I’m the team leader on the Cassini Radar, that mission is ongoing for two more years. I’m a team member on the Europa Sounder team. That’s a instrument that will be flying to Europa in the early 20s. That will basically keep me involved at least until then, it probably won’t get there until 2025, and then getting the data after that — that is at least a decade.

Also, I’m an member of a proposal for doing a mission to Venus in the early 2020s, again using radar to map the surface of Venus. I’m involved in an Earth orbiting mission, which has also a radar, to be launched in the 2020 time frame. All have the common denominator of radars, which is my technical background. I will be involved from the campus, as a science investigator and team member for a number of these missions.

And of course, my intent is to continue being a strong spokesman for space exploration, both robotic and human. I’m going to continue advocating and communicating to the public, and to Congress, the excitement and the benefit of the space program.

In the past 15 years, what do you consider JPL’s greatest accomplishments?

The landing of the rovers, Spirit, Opportunity and Curiosity — these were very dramatic, These were very, very challenging missions and we had the whole world watching us. So when we landed Curiosity, we know there were almost 50 million Americans, just in the U.S., either on our website, or at museums, or in Time Square, watching in real time, what was happening.

I would say when we impacted the comet (during Deep Impact), that was a big dramatic thing. Here you have a bullet trying to shoot a bullet and that had its own drama and challenges.

When we did the (Spitzer Space Telescope), it was really a major step forward in infrared astronomy.

The whole set of Earth science missions that we have done. If I look at the last 15 years, it tremendously improved our understanding of what’s happening on our planet. It’s not a single event like a landing, but when you look at it collectively, it’s a huge reward.

When you look at Cassini, which was launched before my tenure, but arrived to Saturn after I became a director and all of it’s science data. I mean amazing things we found from Cassini — the oceans on Titan, the geyers on Enceladus, that completely changed our thinking of the existence of water in our solar system and the potential of life in our solar system.

When I look at the 15 years, I would say that there has not been a single event, but a series of events. Some of them are dramatic for seven minutes – like “Seven Minutes of Terror” – but some of them, you look at the aggregate and it’s super exciting, the change in our thinking about our solar system and our planet. That’s why I’m always hesitant to pick one, because it’s really the collection of all of these which makes it so exciting.

A lot of the accomplishments in that time have focused on water.

I think the excitement about water, it’s the excitement about life. What we’re trying to do is understand is there life in our solar system, was there life in the past, are some planets habitable? One proxy to look for life is to look if there is water, liquid water, because from our experience on Earth, wherever you have liquid water and organic material, life tends to evolve.

When we look at the future, we have a major goal to look at the locations around our solar system, which could have been habitable, or are potentially habitable, and explore for life on them.

That part, the drilling, and getting to the ocean, would be a later mission. First we want to know how thick the ice is, so we know where to land. We might put a lander on this first mission to learn more about the ice and how you land.

On the other side of the spectrum, we’re looking at Mars. The indication on Mars is not life today, but in the past. We believe Mars used to have oceans in the past, in the early days of Mars. That was about the same period that life started on Earth.

On Earth, life evolved, but on Mars what happened is the temperature dropped down, it became very cold and water actually froze and ended up at the poles or below the surface. A key question is — could life have evolved during that period? And if it evolved, where do we find it?

Looking to the future, we’re looking to see, is Mars habitable? Can we access the water when we send humans in the next 20-30 year? Can we capitalize on those resources that we have there? These are kind of both elements of the whole quest for life in our solar system.

The first time we actually detect life, or past life, or potential future life, I think that’s going to be mind changing. That will be probably be the discovery, not of the century, but since the beginning of human kind.

Do you think we will find life on other planets?

I think so, in my mind, there is no reason whatsoever why life only exists on this planet. The laws of physics, and the laws of chemistry are the same. There are literally billions of stars and billions of planets, extrapolating from what we measure now. There is really no reason that it exists only on this little planet that we are on.

I’m pretty sure we will find it. The question is does it look like us? How evolved it is? How common it is? That’s something probably we will find in the next couple of decades. Possibly even in my life time, I’m sure in your life time, we will be able to know actually if life exists and what form of life exists.

@astro_timpeake I'm doing a school project on diversity:we would love to ask questions about making space exploration open to all ...can we?