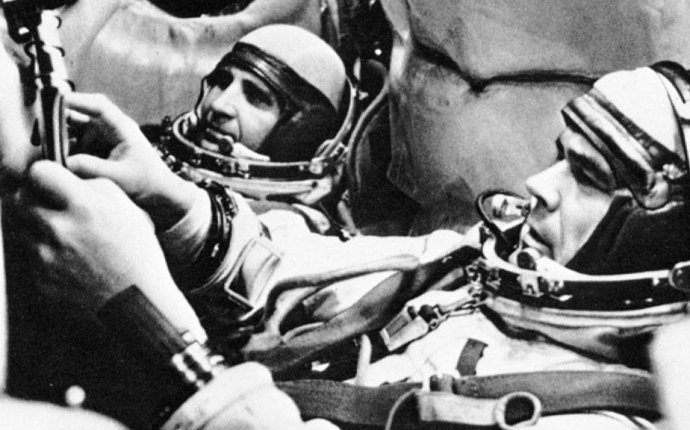 The moon is our close cosmic neighbor, and humans have been exploring its surface ever since they first developed telescopes.

The first lunar exploration vehicles of the 1950s were primitive pioneers. But aerospace technology developed so rapidly that only about a decade separated the first flyby forays and Neil Armstrong's history-making steps on the moon's surface.

In January 1959 a small Soviet sphere bristling with antennas, dubbed Luna 1, flew by the moon at a distance of some 3, 725 miles (5, 995 kilometers). Though Luna 1 did not impact the moon's surface, as was likely intended, its suite of scientific equipment revealed for the first time that the moon had no magnetic field. The craft also returned evidence of space phenomena, such as the steady flow of ionized plasma now known as solar wind.

Later in 1959 Luna 2 became the first spacecraft to land on the moon's surface when it impacted near the Aristides, Archimedes, and Autolycus craters. A third Luna mission subsequently captured the first, blurry, images of the far side of the moon.

In 1962 NASA placed its first spacecraft on the moon—Ranger 4. The Ranger missions were kamikaze missions; the spacecraft were engineered to streak straight toward the moon and capture as many images as possible before crashing onto its surface. Unfortunately Ranger 4 was unable to return any scientific data before slamming into the far side of the moon.

Two years later, however, Ranger 7 streaked toward the moon with cameras blazing and captured more than 4, 000 photos in the 17 minutes before it smashed onto the surface. Images from all the Ranger missions, particularly Ranger 9, showed that the moon's surface was rough. They spotlighted the challenges of finding a smooth landing site on its surface.

In 1966 the Soviet spacecraft Luna 9 overcame the moon's topographic hurdles and became the first vehicle to soft-land safely on the surface. The small craft was stocked with scientific and communications equipment and photographed a ground level lunar panorama. Luna 10 launched later that year and became the first spacecraft to successfully orbit the moon.

The Surveyor space probes (1966-68) were the first NASA craft to perform controlled landings on the moon's surface. Surveyor carried cameras to explore the moon's surface terrain, as well as soil samplers that analyzed the nature of lunar rock and dirt.

In 1966 and 1967 NASA launched lunar orbiters that were designed to circle the moon and chart its surface in preparation for future manned landings. In total, five lunar orbiter missions photographed about 99 percent of the moon's surface.

Man on the Moon

These robotic probes paved the way for a giant leap forward in space exploration.

On July 20, 1969, Neil Armstrong and Edwin "Buzz" Aldrin became the first people to reach the moon when their Apollo 11 lunar lander touched down in the Sea of Tranquility.

Later missions carried a lunar rover that was driven across the satellite's surface, and saw astronauts spend as long as three days on the moon. Before the Apollo project ended in 1972, five other missions and a dozen men had visited the moon.

After the dramatic successes of the 1960s and 1970s, the major space programs turned their attention elsewhere for a period of several decades.

But in 1994, NASA again focused on the moon. The Clementine mission succeeded in mapping the moon's surface in wavelengths other than visible light, from ultraviolet to infrared.

Later, the Lunar Prospector (1999) orbited the moon in search of possible evidence of ice at the lunar poles. The prospector also explored the moon's gravitational field and remapped its surface. The mission's end was spectacular—The craft was intentionally crashed into the moon in the hopes of raising a plume that could yield evidence of water ice, but none was observed.

Today India, China, and Japan all have lunar exploration projects in development. The United States' own plan is perhaps the most ambitious—to return humans to the moon by 2020 and eventually use the moon as a staging point for human flight to Mars and beyond.

RT @InxsyS: Pruitt just found out that Fox News is not a safe space for his anti-science crap about environment. Wallace blindsided him

RT @galaxy_gareth: Fun day at the hull science fest manning the planetarium. Lots of keen kids who know more about space than I did at that…

@POTUS Mr. President i have a sugestion for you, what about you go see the science series called "Cosmos: a space odyssey" #pls #Science ;)