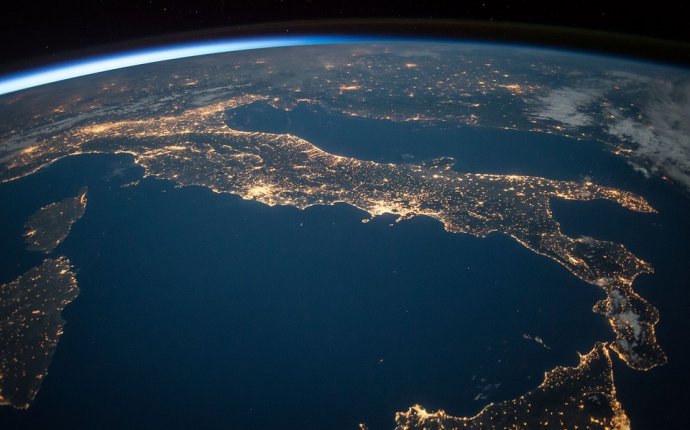 Vera Rubin, pioneering American astronomer, died on December 25, 2016, at the age of 88. Rubin’s life in astronomy bridged three crucial transitions: the discovery of dark matter, the replacement of photographic plates by more sensitive electronic detectors, and the entrance of significant numbers of female astronomers into the profession. Rubin played a crucial role in advancing all three.

Rubin’s most important scientific contribution was establishing that the orbiting speeds of gas clouds in the outer parts of galaxies remain constant (i.e., “flat”) to distances well beyond the visible starlight, rather than declining as in the outer parts of our Solar System. High orbital speeds in the outer parts of galaxies imply the existence of extra matter at large radii. As a result of Rubin’s work and later studies, we now know that galaxies are surrounded by enormous invisible halos of matter containing 5/6 of the mass and extending ten times farther out than the visible regions. Numerous arguments show that this so-called “dark matter” must be fundamentally different from the ordinary, “baryonic” matter of the periodic table. Its nature is still unknown but is being pursued in numerous experiments in particle accelerators and particle detectors around the world. The realization that baryonic matter is only a trace component of the Universe revealed our understanding of the cosmos as shockingly incomplete and was one of the milestones that ushered in the era of modern cosmology.

Dark matter had a long history before Rubin’s first paper on it was published in 1978 (Rubin, Ford, and Thonnard, Astrophysical Journal Letters, 225, 107, 1978). Fritz Zwicky opened the subject in 1933 with the claim that clusters of galaxies would fly apart if extra matter were not present to provide more gravitational binding. A sprinkling of papers followed over the next three decades, culminating in the Santa Barbara Conference on “missing mass” in 1964, but the available data, mostly still confined to clusters and binary galaxies, were hard to analyze. The subject advanced in the early 1970’s with radio studies of the 21-cm line of neutral hydrogen to measure rotation speeds in the disks of gas in the outskirts of nearby galaxies. Disks in circular rotation were much simpler to analyze than clusters, and these early data hinted at the rotation curve discrepancy, but the number of galaxies was tiny. A leader in these early radio papers was Morton Roberts at the National Radio Astronomy Observatory, who actively stimulated Rubin’s interest in the subject. The PhD thesis of Albert Bosma, which appeared in 1978 just before Rubin’s first paper, extended radio data to 24 galaxies using the Westerbork interferometer and again saw flat outer rotation curves.

Amidst this growing body of data, Rubin’s work was particularly influential because of three factors. First was the clarity and directness of the papers, including beautiful illustrations of the raw spectra that she was measuring—the flatness of the rotation curves could not be denied. Second was the fact that Rubin and her colleagues followed up with several more papers over the next few years, each one enlarging the sample and demonstrating the ubiquity of flat curves. Third were Rubin’s presentations at numerous astronomical conferences, which, like the published papers, were clear, direct, pared down to essentials, and ultimately compelling.

Rubin’s second major scientific breakthrough, from about the same era, was a study of the Galaxy’s motion with respect to cosmic rest (Rubin, Thonnard, Ford, and Roberts, Astronomical Journal, 81, 719, 1976). At that time, it was widely believed that the expansion of the Universe was smooth and regular with deviations of individual galaxies of order 50 km s-1. Rubin and collaborators undertook to measure the peculiar motion of our Local Group of galaxies with respect to a shell of 96 spiral galaxies that were so distant they were plausibly at rest with respect to the rest of the Universe. The motion that they found, 454±125 km s-1, was nearly ten times larger than the standard value and was viewed as by some as cosmic heresy. Subsequent studies demonstrated that such studies are in fact highly complex, and this first value obtained by Rubin and colleagues is only marginally consistent with later values. Nevertheless, their paper boldly opened the subject, and large irregularities in the cosmic expansion are now part of standard cosmic lore. Indeed, they are induced by the much greater masses of superclusters of galaxies due to their large dark matter components.

Both of the above studies were possible only because of Rubin’s access to new detector technology. This was enabled by close collaboration with her long-time partner and colleague Kent Ford, also a staff member at Carnegie’s Department of Terrestrial Magnetism. Ford was a brilliant instrumentalist who developed the first practical electronic optical detector system in astronomy, and thereby raised detection efficiency over photographic plates by a factor of twenty. Ford obtained an NSF grant to build several of these Carnegie Image Tube systems and distributed them to observatories around the world, including the 4 m telescopes at Kitt Peak and Cerro Tololo. He and Rubin used these telescopes to observe, and she reduced the data and wrote the papers. The resulting deeper exposures extended the optical rotation curve data into the faint outer parts of galaxies, where dark matter could at last be detected.

As noted, Vera Rubin presided over—and championed—a third crucial transition, the entry of large numbers of women into astronomy. Rubin’s personal story, charmingly told in her autobiographical chapter in Annual Reviews of Astronomy and Astrophysics (ARA&A, 49, 1, 2011) vividly reflects the remarkable degree of hostility in the profession toward female astronomers in the 1950’s and 1960’s. Rubin herself found a permanent scientific home only at the age of 37, at Carnegie’s Department of Terrestrial Magnetism, where she thrived. Yet, in one of the greatest ironies of her career, her own institution, the Carnegie Institution of Washington, failed to insist on her access to the Palomar 200-inch, which it also controlled and would have greatly advanced Rubin’s spectroscopic work. These and many other slights are summarized in Rubin’s biographical chapter. Throughout all of this, Rubin maintained a calm but determined demeanor, speaking up effectively but always with humor to improve the cause of women and serving as a crucial role model for the next generation of women (and men) who were flooding into the profession in the post-Sputnik era. Rubin, together with her friend and colleague Margaret Burbidge, were twin guiding lights for female astronomers in the 60’s and 70’s. Rubin’s happy family history raising four children, all of whom eventually earned their own PhD’s, was particularly inspiring to young females, this writer included.

In recognition of her remarkable achievements, Rubin was awarded many honors including the Gold Medal of the Royal Astronomical Society, the Gruber Cosmology Prize, and the National Medal of Science. Very few astronomers will be mourned with the same degree of love and admiration as Vera Rubin.

who projects in india who teaches aang firebending how often should disinfectant solutions be changed where to manage amazon credit card where to study entrepreneurship how solution set where is meg from design star who devised the rhetorical strategies of persuasion where to business listing where entrepreneurship came from how project baselines are established when was startup filmed whose de who designs buildings and houses whose science is it essay how business works what startup companies to invest in who management of pain what startup accelerators really do how london got its name how to launch startup what is roadmap in project who is manager of manchester united how much manager make at amazon where science meets art how many design patterns are there in microservices where's waldo solutions what business makes the most money from where to start business why entrepreneur is a risk taker how often answer options road map what is the definition how to solve solution who london ohio what technology does verizon use how many system updates on galaxy s9 which technology is not a form of broadband who product registration how system in human body where development length is provided how much system engineer make when project price should be discussed where product key windows 10 which technology is a proprietary siem system where to teach languages online
Source: blogs.scientificamerican.com

RT @blackrockcastle: Looking for a summer job? Do you study science? Passionate about astronomy and science comm? We're looking for you! ht…

RT @DecentBassist23: "If I fail this exam, then I'm going to abandon all laws of science and become a flat earther" - a classmate in my ast…