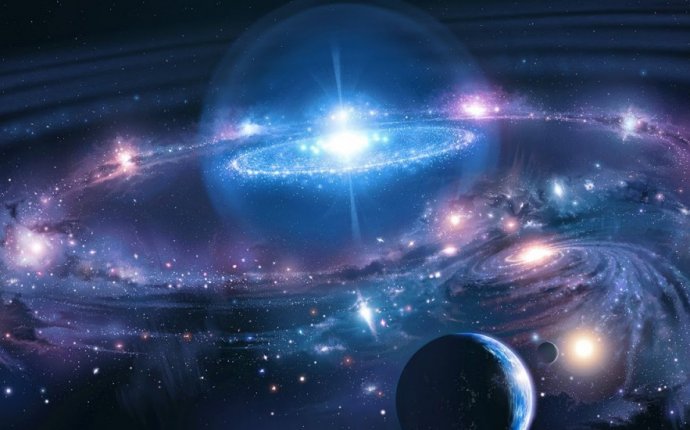 Movies have the power to transport audiences to incredible places — including outer space. We've rounded up what we think are the best space movies in the whole universe.

For this list, we picked the best of the best — the front runners, the top contenders, the big cheeses. We've organized the list by category, so you can look for a type of movie that appeals to you. Whether you want the greatest space-based tear jerker, the most out-of-this-world action, or something wonderfully weird, there's flick here for you.

(Also, we would like to note that some of these movies are not appropriate for all audiences. Use your own discretion.)

The characters Bowman and Poole from "2001: A Space Odyssey."

Winner: "2001: A Space Odyssey" (1968). Often considered one of the greatest movies ever made, Stanley Kubrick's masterpiece is intense, terrifying, expansive and majestic. Taking viewers across light-years of space and eons of time, it probes deep into the nature of consciousness. The orchestral song that ends the movie, with its pounding crescendo, may be the very definition of "epic." And yet part of what makes "2001" so impressive is Kubrick's masterful use of silence and calmness — viewers will not soon forget Hal's unsettlingly cool tone when he says, "I'm sorry, Dave. I'm afraid I can't do that." There is some significant debate among fans about what this movie "means." Arthur C. Clarke, who co-wrote the script, presented his own interpretation in the book of the same name, but Kubrick insisted on never offering a single explanation. Rather than deterring viewers, this impenetrable quality of the film seems to keep people coming back, eager to try to crack the code.

"The Martian" (2016) takes our prize for most realistic space movie.

Winner: "The Martian" (2015). When astronaut Mark Watney is accidentally left behind on Mars, he has to find a way to survive until a rescue mission can reach him. There are no aliens or giant asteroids in this tale — viewers literally watch Watney try to grow food, make water, and stabilize his artificial habitat. As dry as that description may sound to some, the movie is dramatic and action-packed, because surviving on Mars — even under the best circumstances — is really, really hard. Andy Weir, author of the book on which the movie is based on, deserves a lot of the credit for making this realistic portrayal of space exploration incredibly entertaining. Weir is also responsible for infusing the story real science, such as the ways that the low temperatures and thin atmosphere affect Watney's day-to-day life. The movie gives a fairly realistic depiction of the amount of time and incredible effort it takes to build and launch a probe to another planet. To top it all off, we love that this movie doesn't make space the enemy: Even as Mars continues to nearly kill Watney, the characters never lose their passion for exploration, and that's a reality that's missing from many space movies.

Winner: "District 9" (2009). There's a running theme in the work of director Neill Blomkamp: Will the future be utopian, or will it be dominated by humanity's worst qualities? In "District 9, " Blomkamp questions how humans would behave if they ever encountered an advanced alien civilization. When a spaceship breaks down in the sky above South Africa, Earth's political leaders scramble for the chance to steal the weapons technology on board. The alien passengers become hostages, despised by most of the humans around them and forced to live in resource-poor slums. The film draws parallels to the treatment of blacks during Apartheid, but comparisons can also be made with the treatment of "illegal aliens" in countries like the United States today. "District 9" makes some fascinating choices in order to challenge the notion of "us vs. them, " and questions whether humans could ever treat aliens with civility, considering how much we struggle to live peacefully with one another.

WALL-E the robot will turn on your tear glands.

Winner: "WALL-E" (2008). If we had a category for "Most Adorable Robot, " this movie would have very few rivals. But that's not the only reason "WALL-E" activates our tear glands: It is also a highly emotional story about what gets lost when people stop taking responsibility for their actions. The movie tells the story of a lonely robot who finally finds someone he can connect with, only to have her stolen away. His mission to find her ends up giving the entire human race a chance at redemption. "WALL-E" is full of amazing moments, like the incredible dance that EVE and WALL-E do through the stars. The more tear-prone members of the audience will likely need a box of tissues for the entire last 15 minutes of the movie.

Winner: "Alien" (1979). It's the film that coined the phrase, "In space, no one can hear you scream." "Alien" is another space movie that transcends the genre: It's quite simply one of the most terrifying movies ever made. A crew of space explorers finds that their ship has been infested by an alien species that gestates its offspring inside a human host. The film takes the classic horror-movie element of isolation to a whole new level: The characters aren't in the woods or even Antarctica — they're in space, and help is millions of miles away. The insect-like aliens, designed by H.R. Giger and operated by Bolaji Badejo, are now a cultural icon, but in the original film, the terror comes largely from how little they emerge from the darkness of the ship. No other alien movie comes close to this one — except, perhaps, the sequel.

An unlikely team of outlaws join forces in "Guardians of the Galaxy."