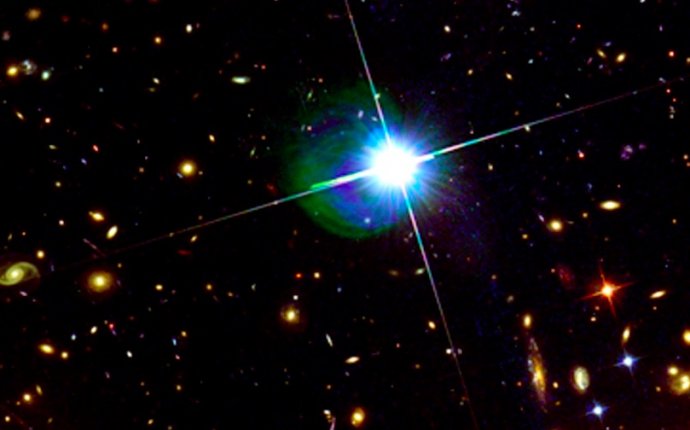 The Hubble Space Telescope was designed to free astronomers of a limitation that has plagued them since the days of Galileo—Earth's atmosphere. Shifting air pockets in the atmosphere block and distort light, limiting the view from even the most powerful Earth-bound instruments.

Orbital telescopes function as eyes in the sky that allow astronomers to peer farther into the universe and see the cosmos more clearly.

Scientists began dreaming of such a telescope in the 1940s, but it took more than four decades for those dreams to become reality with the Hubble Space Telescope. The telescope's original October 1986 launch was scrapped after the loss of the space shuttle Challenger.

When the telescope finally became operational in 1990, it began to return unprecedented but flawed images. Its images were superior to those of Earth-bound instruments but slightly blurred due to an optical problem.

In December 1993 astronauts from the space shuttle Endeavour performed five days of spacewalks to repair the telescope in orbit some 353 miles (569 kilometers) above the Earth. The repair worked, and Hubble began to deliver crystal-clear images.

Hubble's images have helped to pin down the age of the universe, which the expansion rate of pulsating stars suggests is some 13 billion to 14 billion years.

Hubble has also captured images of many ancient galaxies, in all stages of evolution, and so lets scientists see back into the past days of a young and developing universe.

The telescope was also instrumental in the discovery of dark energy, a little-known but ubiquitous force that works against gravity and contributes to the ongoing expansion of the universe.

Hubble also measures the atmospheres of planets outside our own solar system, exploring their compositions and building data that could someday aid the search for extraterrestrial life.

Despite its many achievements, Hubble is likely nearing the end of its life. The telescope is due for its last periodic servicing in May 2009. Its successor, the James Webb Space Telescope, is scheduled for launch in 2013.

The new instrument will orbit much farther from Earth (940, 000 miles/1.5 million kilometers)—the better to peer farther through the dust of space into the earliest formations of stars, solar systems, and galaxies.

The Hubble is just one of NASA's orbiting "great observatories." The group also includes the Spitzer Space Telescope and the Chandra X-ray Observatory.

Spitzer is an infrared orbiting telescope that can detect distant or faint sources of radiation that would otherwise be distorted by Earth's atmosphere. Spitzer scientists often describe their mission as a search for "the old" (the universe's earliest stars and galaxies), "the cold" (brown dwarfs, possibly stars that failed to ignite, and circumstellar discs, broad rings of material orbiting a star) and "the dirty" (dust-obscured processes such as star and planet formation).

Chandra captures the rays that emit from the universe's most violent events, such as supernovae. This radiation sheds light on the life cycles of stars, the formation of black holes, and the nature of quasars.