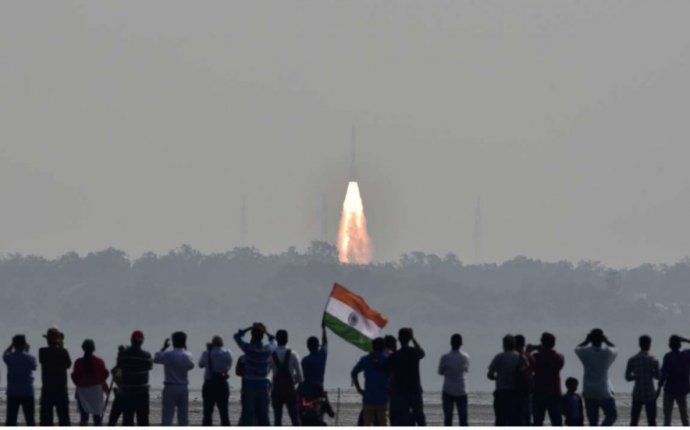 In 1947, on getting Independence from the British, the young nation decided to follow the democratic and secular path giving high importance to Science and Scientific Thinking. It was to the credit of the nation's early leaders that they encouraged eminent scientists and technologists to pursue the path of scientific discovery. This has now led the nation to its present leading position in Science and Technology.

India is presently one of the leaders in Space exploration and probably the fifth country to have a re-entry vehicle. In 2008, the Indian mission to the moon named “Chadrayan” is expected to be launched bringing India to a very exclusive club.

The whole saga of Space Exploration began in a very small way by setting up the INCOSPAR (India Committee for Space Research) headed by Dr. Vikram Sarabhai. In the early 60's the INCOSPAR established a Center near Thumba in Kerala State. Thumba was near the point where the Magnetic Equator crosses India's west coast. The center was named "Thumba Equatorial Rocket Launching Station" or TERLS.

The first Indian built rocket Rohini, blasted off successfully from TERLS in 1967. Dr Vikram Sarabhai led an eminent team that among others consisted of Dr. APJ Abdul Kalam, who went on to become the nations President. Rohini Rocket with two stages was also developed and tested in the same year. The entire design, fabrication, propellent and launch was done using indigenously developed technology.

The success of Rohini led the Government of India to establish the Indian Space Research Organisation (ISRO) under Dr. Sarabhai in [Year to be added]. This organization was given the twin job of developing both Satellite Launch Vehicles and the Satellites themselves.

In order to utilize the energy of the spinning earth, a new location was chosen near Chennai on the east coast. This launch center at Shriharicotta called the Shriharicotta Satellite Launch Center (SHAR) is to this day being used to launch satellites.

India's first Satellite was launched from the Russian Facility at Baikinoor in 1975. It was named Aryabatta after the Indian astronomer who lived in the 4th century. After this followed a series of improvements in rockets and development of new satellites.