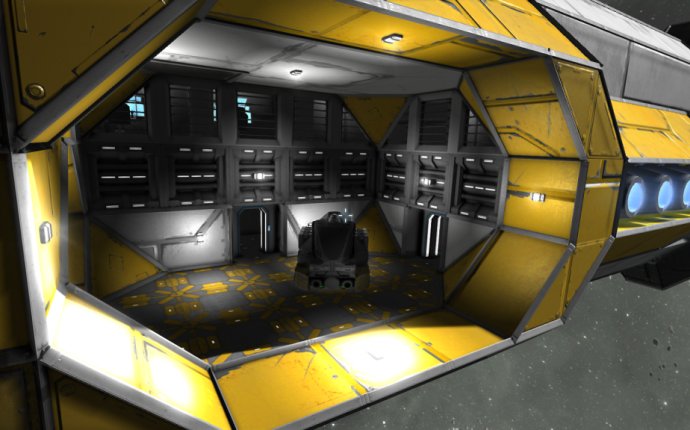 One of the bigger features that we are going to release very soon is exploration (together with “super-large worlds” and “procedural asteroids” – more details in a future blog post).

We need your feedback and that’s why I am declassifying it prematurely :-)

The exploration feature will add a practically infinite number of ships and stations to the game world, so there will always be something new to discover, explore, acquire and conquer. You can imagine it like this: you are traveling in some direction and there is an asteroid, so you decide to check it and see if there’s something in its tunnels, in its proximity or on its surface. Or you just fly through empty space and boom, a lost wreck shows near you. Exploration is an upgrade to how cargo ships work.

Because the game world will now contain millions of ships (of course, you will be able to observe and visit only a fraction of them), exploration had to be implemented in a CPU/RAM friendly way, so these ships will be inserted and removed to/from the game world as you get closer/further. In other words, only a fraction of all these millions of ships will be subject to physics simulation at any given moment.


This way, ships are procedurally spawned and don’t consume RAM. Only altered ships are stored persistently (e.g. damaging a ship, entering a cockpit, changing values in the terminal). You can fly for a long period of time and your RAM usage shouldn't change. Of course, if you spot a ship but don’t touch it, then fly away (it gets removed from the RAM), then fly back, exactly the same ship will get added at that location. You won’t notice any difference. For you, all ships will appear persistent.Ships won’t have AI for now, maybe later. Some will have disabled reactors; some will be active with turrets waiting for you. Only cargo ships will be moving.

Where to get all these ships and stations?


We like the third option the most and I hope you will too :-)

The Steam Subscriber Agreement allows us to include all workshop creations into our game, but since this may be a big thing for some people, we decided to ask what our community thinks. Please use this survey and help us decide.

Everyone whose creation will be used in Space Engineers will get his name into the game credits.

What workshop works are we going to put into Space Engineers?


The exploration feature will be highly moddable and you will be able to add your own ships, even those using mods (e.g. new blocks). This will work in multi-player as well.
Source: blog.marekrosa.org