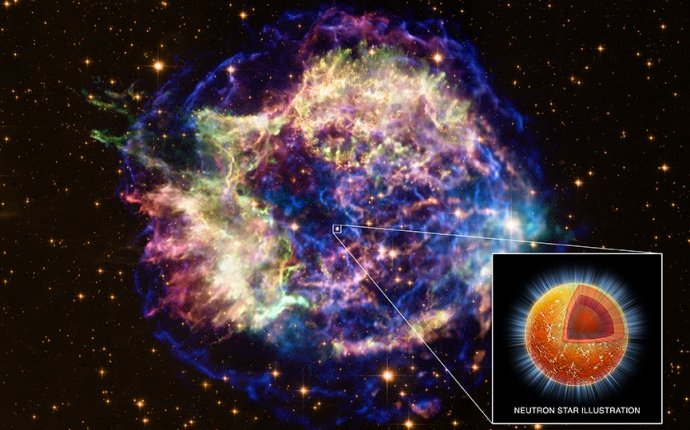 KAISERSLAUTERN, Germany — A treatment involving the injection of a local anesthetic next to a bundle of nerves in the neck has eased post-traumatic stress symptoms in some patients in as little as 30 minutes with dramatic, lasting results.

Now, the Pentagon is funding a study at three Army medical centers to determine if the technique — long used for the treatment of pain — is truly effective in treating PTSD.

The results from the largest random, controlled trial using the stellate ganglion block could revolutionize the way PTSD — considered a mental illness — is viewed and treated, according to doctors familiar with the experimental procedure.

“It really is the tipping point, ” Col. James Lynch, command surgeon for U.S. Special Operations Command Africa in Stuttgart, who has seen firsthand the promising effects of the shot, said about the current trial.

“It has the potential to be a huge game changer for many, many affected people with PTSD, ” whether from combat, sexual assault or other trauma, he said. “There’s really not been a great answer for this giant population.”

The U.S. government has spent millions treating PTSD and searching for effective therapies since the wars in Iraq and Afghanistan thrust the disorder into the national spotlight.

If proved to be effective, the block could provide relief to millions of servicemembers and veterans who suffer from combat-related PTSD.

The stellate ganglion block is offered as treatment for PTSD at a handful of Army hospitals, including Landstuhl Regional Medical Center in Germany, but it has yet to gain wide acceptance as a therapy for the disorder because of the lack of clinical evidence proving the intervention works.

The Pentagon study could change that.

RTI International, a research institute in Raleigh, N.C., received a $2 million grant from the U.S. Defense Department to conduct the trial.

PTSD can occur after experiencing or witnessing a life-threatening trauma and may cause hypervigilance, hyperarousal, flashbacks, fear, anxiety, avoidance, sadness or other symptoms, according to the American Psychiatric Association.

The illness has been particularly vexing for the U.S. military. Diagnosis of the disorder is at an all-time high among servicemembers and veterans, yet the effectiveness of approved treatments, such as drugs and cognitive therapy, has been mixed.

Up to 20 percent of veterans who fought in Afghanistan or Iraq are diagnosed with PTSD in any given year, compared with 12 percent who served in the Gulf War and 15 percent in Vietnam, according to the U.S. Department of Veterans Affairs.

Though millions of dollars have been sunk into research for alternative therapies for PTSD, from virtual reality to cannabis, the stellate ganglion block holds particular promise and should be a high priority for research, according to scientists from Johns Hopkins University. “The rapid response and destigmatization the procedure offers may enable this technique to be beneficial for particularly difficult-to-treat patient populations, including military servicemembers and veterans, ” the researchers said in a report published in October in World Institute of Pain.

Anecdotal evidence indicates that “for a significant portion of patients, relief is near immediate, and that’s very powerful, ” said Kristine Rae Olmsted, a behavioral epidemiologist at RTI and co-investigator in the Pentagon-funded study.

But the procedure isn’t proposed as a cure-all, even if it’s proved to be effective, she said. “We still want people to engage with behavioral health providers, to deal with the other psychosocial impacts of PTSD.”

Enrollment for the study began about five months ago. Researchers are hoping to get at least 240 active-duty military volunteers by the time the study concludes in November 2017, she said.

But so far, recruitment of volunteers has been difficult, Rae Olmsted said. The study is open to active-duty servicemembers who have been diagnosed with PTSD or think they might have PTSD. In an effort to increase enrollment, the study was recently opened to servicemembers being treated for psychological or behavioral health issues, LRMC officials said. Volunteers can receive up to $115 for the time they spend participating in the study.

“The stigma associated with PTSD certainly is a consideration, ” Rae Olmsted said of the challenges in recruiting volunteers for the study. Also, “people are a little leery about getting an injection in the neck. For some people, it’s not that big of a deal; for others, it’s quite off-putting.”

Individuals will be screened for PTSD symptoms in advance. The source of PTSD can be any traumatic experience, not just combat, Rae Olmsted said.

Volunteers receive two injections, two weeks apart. One in three receive a placebo of saline solution instead of the active treatment, she said.

There are always risks involved with any injections, said Dr. Jeffrey Tiede, anesthesiologist and the director of LRMC’s Interdisciplinary Pain Management Center, such as bleeding or nerve damage, but with this procedure, “it’s very low risk” and carries a potentially very high benefit.

Tiede has administered about 100 stellate ganglion blocks at LRMC this year, mainly for PTSD but for other pain indications, as well, he said. An ultrasound machine is used to help guide needle placement, Tiede said.

“Even some of the soldiers that are absolutely scared of needles, that have a needle phobia ... when they get done, (they say) ‘ah, that wasn’t a big deal at all, ’” Tiede said.

From hot flashes to PTSD

The stellate ganglion is a cluster of nerves at the front of the neck. The block is a standard procedure that’s been used for decades to treat chronic pain, Rae Olmsted said.

Chicago anesthesiologist Dr. Eugene Lipov pioneered the procedure for PTSD about 10 years ago, after discovering the block gave relief to women suffering from menopausal hot flashes.

To defend the unorthodox treatment of hot flashes and to better understand why the block was effective, Lipov said he began to research “everything and anything that’s unique” about the stellate ganglion. That’s when he found a Finnish paper on the use of the stellate block to treat anxiety.

Lipov called his brother, Sergei, an internist, and told him: “If you have a patient suffering from PTSD, send him to me.”

@sarah 👩🏾‍🔬: and bc i study physics so i learn every day about how math allowed us to describe stars and quarks and everything in between

@Takashi Shirogane: After Keith left, Shiro got some books to study more about New planets and Stars.